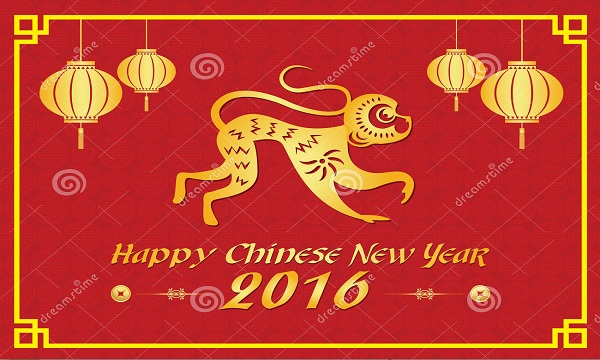 Last week marked the beginning of Chinese New Year, the year of the Monkey. Fitting, considering last week’s financial markets around the globe were filled with “monkey business.” It seems everywhere you turn lately there are crazy things happening. The Dow Jones is down several thousand points from recent highs, suggesting we may be entering a “bear” market. Gas prices are as low as they’ve been in nearly 15 years, leading many to think economic growth is slowing. And several central banks around the world are charging negative interest rates (imagine being charged interest to keep your money in the bank!?!).

Despite the monkey business everywhere else, our local real estate market appears to be quite normal. We are seeing similar vital statistics this winter compared to recent years. Sacramento area home prices are up 10.7% over the last year. And low interest rates combined with rising rent prices are keeping demand high for real estate.

But will the world’s monkey business eventually seep into our local markets? Will we remain insulated from the worlds’ woes? Or be dragged down with them?

In short, I believe the recent economic turmoil will only fuel our real estate market, not hinder it. We should see the similar dynamics seen in recent years (low inventory, high demand, low interest rates) but I think they’ll be further intensified in 2016! Here are my reasons for a strong year ahead for Sacramento real estate:

Money will flow to what’s “real”
With money fleeing the stock market, it has to go somewhere. Fear is abundant in the markets (check out this cool “Fear & Greed” index tool), and money runs to safety when it smells fear. I believe it will find its way to real assets, like precious metals (gold prices are up 10% in just the last month!) and real estate.

Millennials will “get real”
It is widely documented that the millennial generation (those born roughly between the early 1980s and early 2000s) has deferred home ownership more than their predecessors. The reasons vary (they have more school debt, prefer to live in higher-priced urban areas, don’t want to be “tied down” with a mortgage, etc.) but sooner or later they’ll see the light to become homeowners. In Sacramento, the validity for homeownership is becoming quite clear.

In recent years, Sacramento has become a magnet for Millennials. This article cites everything from the dining scene to recreation to coffee as reasons why younger folks flock to the River City (excuse the language used in the article). Furthermore, rent prices have been skyrocketing in Sacramento. This article from Sacramento News & Review states we are the third hottest rental market in the country, only behind Portland and San Francisco, with average rent prices climbing 10.6% in a single year. With rents rising and no clear sign of significant new construction on the way (more on this in a moment), many who are renting should be considering home ownership, which will further spur real estate demand and prices upward.

New home construction will continue to lag
New home and apartment construction has not kept up with demand in Sacramento. Developers site high costs and red tape; others are concerned of the over-building that occurred a decade ago and don’t want to repeat history. Nevertheless, only Detroit had fewer new construction starts last year than Sacramento.
Let that last sentence sink in for a minute; the only city with slower new construction activity in the entire county is a city that lost 25% of its population from 2000-2010. Detroit is not building because they don’t need new housing units; 1 in 4 people up and left during the Great Recession! Sacramento, in contrast, GREW 25% in population during the same decade, and until we begin building new housing we will continue to see home prices and rents soar, both in urban and suburban areas.

Mortgages will remain cheap and accessible
With gas below $2 a gallon and other world banks charging negative interest rates, its clear that no one should be concerned with inflation here in the US. Inflation is Public Enemy #1 to fixed interest rates such as mortgages, so with no inflationary threat mortgage rates will remain low.
How low? In a word…ridonkulously low (well, in sort-of a word)! With low rates (30-year fixed rates below 4% and 15-year rates near 3%) and, in turn, low mortgage payments, this will only further instigate millennials and other home renters to become home owners. Furthermore, underwriting guidelines are loosening and new loan products are emerging (more on this next month in a separate post). This makes financing accessible to more home buyers, thus allowing demand to grow ever more.

To re-cap, I’m incredibly optimistic for the 2016 real estate market.  Compared to my “rosy” forecast from 2015 (which turned out to be quite accurate, I might add), this year’s is just plain flushed! I expect strong price appreciation (10%+ for Sacramento), coupled with high volume (lots of buying and selling), and fueled by very affordable and available financing. Until new home construction is firing on all cylinders and inflation becomes a concern, the outlook for our local real estate market will remain bright.

As always, thanks for reading Matts Memos!